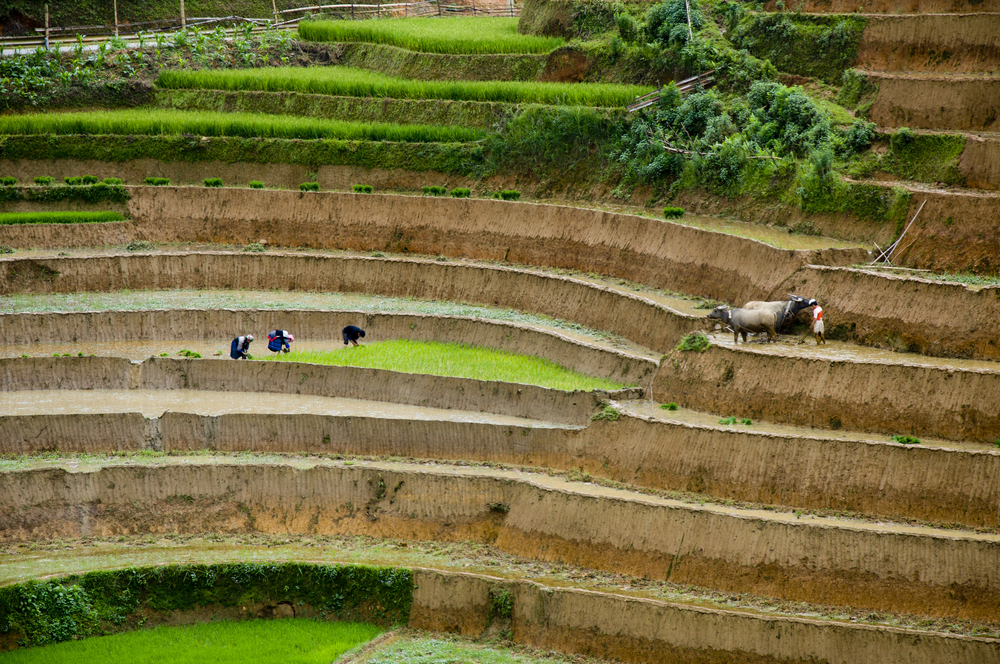 Farmers in Fukushima Prefecture are turning to “solar sharing,” a process in which they can generate solar power on the same land where they grow crops and sell the power to utilities. The farmers are hoping to sell the power to help cover the losses they are suffering because of the nuclear crisis at Tokyo Electric Power Co.’s Fukushima No. 1 nuclear power plant.

To help farmers recover from the effects of the nuclear disaster, solar panels are set on poles erected on the farmland. Farmers can use the money from sales of the generated electric power to improve their farmland or to cover losses in income caused by radiation fears.

In Minami-Soma, the prefectural government has begun a model project. As in similar applications of solar sharing, the amount of light that reaches the soil is controlled by tilting the solar panels. In Japan, solar sharing was first used in 2004 in Chiba Prefecture and then spread to other prefectures, such as Aichi, Mie and Ibaraki.

Because of the system in place since July last year that obliges electric power companies to buy power generated by renewable energy sources at fixed prices, farmers can sell the electric power to utilities.

However, the Agriculture, Forestry and Fisheries Ministry set some conditions for farmers wanting to use their land for solar sharing. For example, they must continue to cultivate the land, and annual crop volume cannot fall 20 per cent or more compared with regional averages after introducing solar sharing.

A 2,000 square-meter piece of farmland in the city’s Odaka district is an example of solar sharing. The district is in an area designated a “zone being prepared for residents’ return” where the annual dosage of radiation exposure is 20 millisieverts or less. On the farmland, 500 solar panels, each 70 centimeters by 1.6 meters, are installed atop 1.9-meter poles. Below the rows of panels, eggplants, chili peppers and produce are grown on an experimental basis.

The prefectural government set up the project to determine how the use of the panels affects plants. Farmer Ichiro Hirata, 62, whose land is being used for the project, said: “Even if shipments from this area resume someday, my crops will not sell for the time being due to groundless rumours of contamination. Until prices recover, I can cover the loss by selling electric power.”

An increasing number of farmers affected by the nuclear plant crisis want to convert their land into mega-solar power plants while continuing to grow crops on the same land. An official of the prefectural government said, “Solar sharing could help our farmers, but damage caused by rumours could drive them out of business before they get a chance to try it.”

In addition to the model project in Minami-Soma, Eko Ene Minami-Soma Kenkyu Kiko, an incorporated foundation, plans a solar-sharing project on about 600 square meters of farmland. The foundation said about 1 million yen of annual revenue is expected from selling the electric power generated in the project.

In Iwate Prefecture, an official of the prefectural government’s agriculture promotion division, said, “We have received inquiries from farmers and local agricultural committees, asking about how to introduce solar sharing.”

Michio Sakemoto, 58, director of Solar Sharing Kyokai, a Chiba-based incorporated foundation, said, “If the projects in Fukushima Prefecture prove successful, we want to encourage farmers in all of the disaster-hit areas to introduce the method as a way to keep using their farmland.”