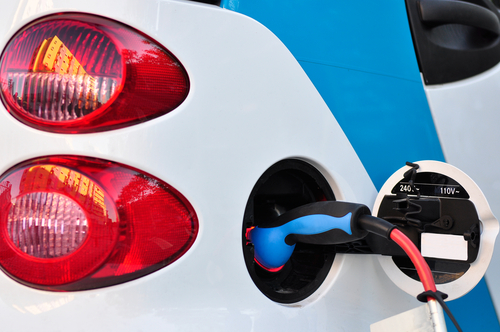 The state-owned electricity company, PT PLN, is soon to install 12 electric vehicle charging stations (SPLU) to provide accessible and reliable power to a fleet of electric and hybrid cars the government intends to deploy for the upcoming Asia-Pacific Economic Cooperation (APEC) Summit to be held in the Nusa Dua Resort complex in October.

The charging station’s booths and equipment were currently being manufactured outside Bali, Padangratha revealed.

“The first batch of booths and equipment is expected to be shipped to Bali next week.”

Each station will be able to provide fast and slow charging. The slow charging will be utilized at night time to fill the cars’ batteries back to full, while the fast charging could be used during the daytime when the cars would not have much idle time to recharge.

“The charging stations will be manned by our officers 24 hours a day.”

All the costs incurred in the production and installation of the charging stations would be fully shouldered by the central government.

Padangratha stressed that the development of the charging stations would boost the resort island’s efforts to be a green tourism destination. He pointed out that Nusa Dua had increasingly become the country’s preferred site for hosting international functions.

“The availability of this infrastructure would reflect positively on our campaign to turn this island into a green island. I hope that the government will continue supporting the operation of these charging stations after the conference.”

Last March, State-Owned Enterprises (SOEs) Minister Dahlan Iskan said he wanted to use locally made electric cars to ferry guests at the APEC summit, stating that several local manufacturers had won tenders to produce eight VIP buses, seven luxury SUVs, 10 minibuses and one sports car for the summit in October.

“The upcoming APEC summit in Bali will be the best arena to show the world that Indonesia has the ability,” the minister said, claiming that the summit also offered the nation a chance to show its commitment to energy conservation.

Dahlan said that some state-owned enterprises had agreed to foot the bill for the project, declining to name the firms, although reports identified the companies as state electricity firm PT PLN and Bank Rakyat Indonesia (BRI), among others.

“These SOEs will own the cars after the summit concludes,” Dahlan said.

Coordinating Economic Minister Hatta Rajasa said that some of the cars would be used to shuttle heads of state and government officials during the summit, as reported by Antara news agency.

Around 1,000 CEOs of international corporations will be attending the forum, as well as leaders of 21 member countries, including American President Barack Obama.

Power consumption is predicted to peak at 700 MW throughout the summit, a significant increase on the current peak consumption of 600 MW.

“We are responsible to ensure that the supply will be stable and it shall be. We have begun moving additional generators to Bali, as well as preparing the existing generators so as they will perform at their peak performance during that period,” Padangratha said.