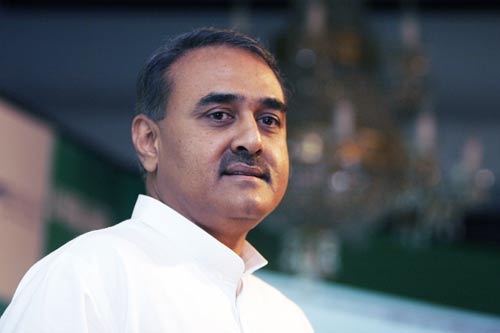 The Union ministry of heavy industries and public enterprises has called for mandating only domestically manufactured power equipment for all future ultra mega power projects (UMPPs).

And, for this to be made applicable for all future Case-2 bids — where the developer is expected to bid on the basis of specific fuel and location, where the specifics are provided by the central/state government calling the bids.

This comes in the wake of a rapid fall in orders placed by power developers with government owned-Bharat Heavy Electricals and other domestic manufacturers of equipment in the sector.

Praful Patel, the minister of heavy industries and public enterprises, has in a letter dated August 8 to Power Minister Jyotiraditya Scindia, said domestic manufacturers had set up state of the art facilities for coal-based power plant equipment in excess of 20,000 Mw annually, investing thousands of crores.

“However, large scale orders, including those from UMPPs, have been placed with Chinese and Korean suppliers. As a result, the power plant equipment manufacturing capacity in India remains substantially underutilised. The condition of domestic manufacturers will further worsen if the status quo continues,” the letter says.

Patel told the Business Standard: “Don’t we have responsibility towards our own industry? Even the Central Electricity Authority in its recent report has said performance standards of domestic manufactured equipment are far better than imported ones.”

Further, Patel noted that many countries, including Malaysia, Indonesia, Saudi Arabia and China, have instituted such conditions and this has not been impaired by international treaties and regulations.

Former power secretary R V Shahi termed the ministry’s move a retrograde step. He said ,“It will push up the cost of power, especially when distribution companies are in severe financial losses. Domestic manufacturers should take all possible steps to cut cost and become competitive. The power sector can’t be expected to take on the burden of inefficiencies everywhere, including the fuel sector.”

The Association of Power Producers has argued that there is already a 33 per cent protection available to domestic equipment manufacturers, due to import duties and the rupee’s depreciation.

“Power developers would be made a victim to domestic manufacturer cartels and be subject to higher prices for equipment after winning the bid based on market estimates, if mandatory domestic procurement is implemented,” said Ashok Khurana, director-general of the Association.

More, Khurana argued, mandatory procurement of domestic equipment vitiates the level playing field for developers which are not backed by manufacturing divisions within their group.