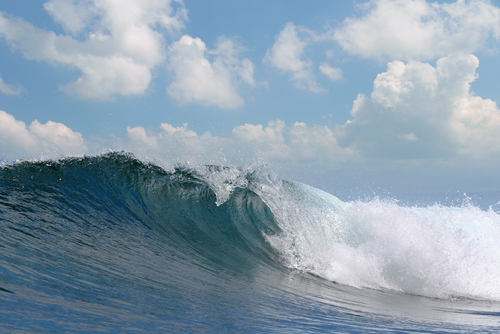 Perth-based renewable energy company Bombora Wave Power Australia has launched its first round of capital raising, to help fund the next phase of development of its award winning wave energy technology.

The company, run by WA brothers Shawn and Glen Ryan, is hoping to raise $4 million towards the next two years of development of its home-grown Wave Energy Converter (WEC) technology, which has so far been tank tested and cleared for technology readiness.

The WEC technology uses a unique ramp-like feature to capture both heave and surge motions within a wave to extract more of its energy. The (patent pending) design impedes the wave’s forward motion, forcing it to rise higher, accentuating the forces acting on the power capture elements of the device. It also restricts flow back over the structure during a wave trough, lowering the wave depth and emphasising the effective height variation of the wave as it passes.

On its website, Bombora says the design works “much like a series of foot pumps,” by pressurising air into a common manifold system to a drive turbine and generator.

Each unit is planned to be rated at 1.5MWe – a similar scale to the average current onshore wind turbine. However, the device is almost 80m wide across the back.

Bombora says its wave power technology – which won an innovation award in this year’s GE Ecomagination competition, and was a semi finalist in the 2013 Australian CleanTech competition – will aim to be cost competitive with onshore wind, too, once it reaches technological maturity.

The capital raising may be considered to be ill-timed, given the election of a federal Coalition government not renowned for its

support of renewable energy (but, one has to say, likely energy minister Ian Macfarlane has expressed admiration for wave energy, although the Coalition did scrap its planned support for geothermal and tidal towns last week).

Still, the so-far self-funded company is hoping to attract “sophisticated and professional investors” with “patient capital,” as well as investor advocates to help the company push its policy agenda and increase its international exposure. The minimum investment is $100k and then in $50k increments thereafter. The $4 million raising will represent a 40 per cent stake.

Bombora’s current plan is to do all this locally, in Perth, while also assessing other international development site opportunities.