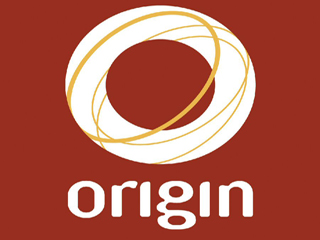 Origin Energy Ltd. has acquired a power generator from the New South Wales state government for 659 million Australian dollars (US$603 million). Origin, which is Australia’s biggest electricity retailer, said it only had to give the government A$50 million cash to buy Eraring Energy. The sum was so low because it had previously paid the government A$609 million back in 2010 to acquire all the generator’s power.

In a related transaction, Origin today announced it had entered into a coal supply agreement with Centennial Coal for the provision of 24.5 million tonnes of coal over an eight-year period from FY 2015 for use at Eraring Power Station. On 1 March 2011, Origin entered into GenTrader arrangements with the State-owned entity, Eraring Energy, which included the right to dispatch and sell electricity output from the Eraring Power Station and the Shoalhaven Scheme. At the time Origin also entered into an arrangement with the State-owned entity, Cobbora Coal Mine Pty Limited, which included the supply of up to five million tonnes of coal per annum from FY 2015 to FY 2032 from the undeveloped Cobbora Coal Project.

Cancellation of the rights under the Cobbora arrangements and commencement of the supply agreement with Centennial Coal are both conditional on successful completion of the acquisition of Eraring Energy. Origin Executive Director, Finance and Strategy, Ms Karen Moses said,

“The acquisition of Eraring Energy is a natural extension of the existing relationship between Origin and Eraring Energy via the GenTrader Arrangements, and stands to deliver ongoing benefits to our business.

“This acquisition will provide Origin additional flexibility in the operation of Australia’s largest power generation portfolio, which sources electricity from both traditional and renewable resources, to provide a secure, reliable and affordable supply of energy to millions of Australians.

“Eraring Power Station is one of the most efficient and lowest carbon intensity coal- fired power stations in NSW while the Shoalhaven Scheme uses pump hydro technology to generate electricity during periods of peak demand. The two assets will complement Origin’s existing NSW generation assets including the gas-fired Uranquinty Power Station near Wagga Wagga and Cullerin Range Wind Farm near Goulburn.

“The net payment of $50 million to acquire Eraring Energy reflects the benefit of the additional flexibility and efficiency that ownership provides after taking into consideration the loss of potential Availability Liquidated Damages receipts available under the GenTrader Arrangements.

“The acquisition of Eraring Energy will provide Origin an opportunity to leverage its existing electricity generation, portfolio asset management and energy trading capabilities with power stations that are already familiar to us via the GenTrader Arrangements.

“Direct ownership and operation of Eraring and Shoalhaven power stations will provide Origin with scale and generation flexibility benefits that were previously unavailable under the GenTrader Arrangements.

“Origin’s generation portfolio will have greater fuel flexibility, access to a larger range of generation output levels and the ability to optimise the timing and duration of planned outages to support our position as Australia’s largest energy retailer with 4.3 million customers.

“The sale of Eraring Energy represents an important next step in the ongoing reform of the New South Wales electricity sector, which will ultimately deliver better outcomes for consumers, government and industry.

“Origin is pleased to agree terms with the NSW Government for cancellation of the rights under the Cobbora arrangements.

“Origin and Cobbora Coal Mine entered into the Cobbora Coal Supply Agreement in 2011 to provide a future fuel source for Eraring Power Station. It subsequently became clear that there were sufficient alternative coal supply arrangements which would deliver a better outcome for NSW and Origin. The State has agreed to pay Origin $300 million for the Cobbora arrangements to be cancelled.

“Under the terms of the agreement announced today with Centennial Coal, Origin will receive 24.5 million tonnes of coal from FY 2015 to FY 2022 from Centennial’s mines, several of which are located in close proximity to Eraring Power Station.

“Origin and Eraring Energy are actively working to achieve a seamless transition to the new ownership arrangements and we look forward to welcoming the company’s new employees to Origin.

“Origin is proud of its track record of making a positive contribution to the regions in which we operate and will shortly begin engaging with the communities close to Eraring Energy’s assets,” Ms Moses said.