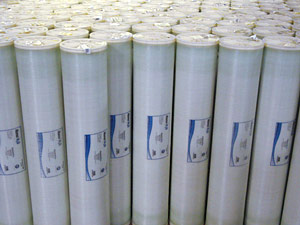 NanoH20, a maker of membranes for seawater desalination, said Monday it will invest $45 million to build a membrane-manufacturing plant in eastern China amid growing strains on China’s freshwater supplies.

The privately held U.S. company said the facility will be built in Liyang in Jiangsu province, about 250 kilometers west of Shanghai. It didn’t give details of production capacity but said the plant is expected to be in operation by the end of 2014.

China has an acute water scarcity problem, aggravated by severe pollution of many of its rivers and lakes. It has 20% of the world’s population but only about 7% of its freshwater supplies. Some provinces have experienced shortages of drinking water, and limits have been placed on industrial water uses in some areas.

China is undertaking a massive diversion of water resources from the south, which has abundant water supplies, to the heavily populated but water-scarce north.

Desalination has been seen as a costly and less-favored method of boosting water supplies, as municipal water is still relatively inexpensive. But that may be changing, particularly for industrial-use water.

“I don’t think there’s an alternative, and the Chinese government has recognized that,” NanoH20 Chairman and Chief Executive Jeff Green told The Wall Street Journal.

“Pricing has to change.”

A combination of methods, including water treatment and recycling along with seawater desalination, will play a big role in addressing the water scarcity issue, he said.

“This is why we’re investing,” he said, adding that China could see more than $6 billion worth of membrane sales over the 2014-2020 period.

China has said it wants to triple its desalination capacity to more than two million cubic meters a day by 2015, although that still would be a tiny fraction of the total water supply.

Beijing also said it wants 70% of the equipment for desalination to be locally supplied, thereby giving an additional incentive to producing membranes and other related materials in China.