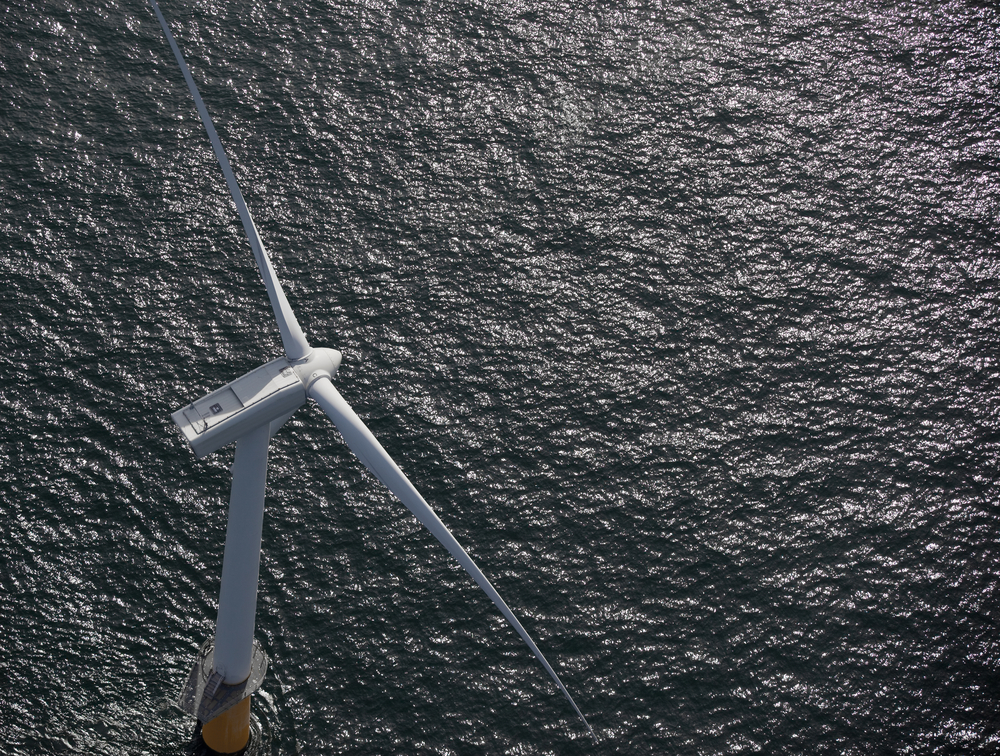 A floating wind turbine for electricity generation off the coast of Fukushima Prefecture has been completed at a Mitsui Engineering & Shipbuilding Co. shipyard in Chiba Prefecture.

The 2 MW wind turbine, which was unveiled to the media on Tuesday, has a rotor with a diameter of 80 meters and sits on a structure supported by a set of three 32-meter-high cylindrical iron floats.

The turbine is the first equipment to have been completed as part of an experimental project commissioned by the Economy, Trade and Industry Ministry. Ten private-sector companies and the University of Tokyo are involved in the project. Two additional wind turbines, each of which will have a capacity of 7 MW , are also planned to be constructed.

The newly built wind turbine will be set afloat as early as Thursday. After flotation tuning in Tokyo Bay, the massive device will be towed to a test site in waters about 20 kilometers off the coast of Tomioka, Fukushima Prefecture, to start a power generation test in mid-October.

Operational data on the wind turbine will be collected before it is put into practical use, which is expected to happen no earlier than 2016.

Keisuke Murakami, chief of the New and Renewable Energy Division of the ministry-affiliated Natural Resources and Energy Agency, expressed hope to “make a success of the project as a symbol of reconstruction in Fukushima.”