!-- Hotjar Tracking Code for www.pimagazine-asia.com -->
You Are Here: Home » News » Japan hot on coal as 5,400 MW of new projects are in the pipeline

Japan hot on coal as 5,400 MW of new projects are in the pipeline 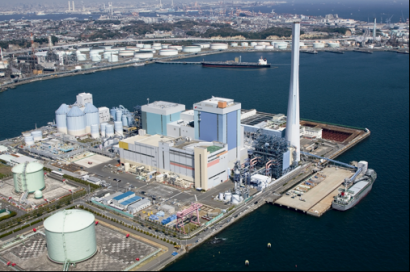 Japan plans to start up 12 new gas power plants by the end of 2014, allowing a switch away from pricey oil, as Tokyo struggles with a shutdown of nuclear reactors and energy imports drive a record trade deficit.

Regional power monopolies have firm plans to construct a minimum capacity of 5,400 MW  coal plants. As listed below:

Noshiro No.3 – 600MW from 2028
The new power plants will buy liquefied natural gas (LNG) and coal to scale back on the use of expensive crude and fuel oil plants. They will also give Japan a bigger buffer to prevent future power outages when generation plants go offline.

“What this will do is introduce an additional reserve margin into the power network, particularly in areas where some nuclear is coming back,” said Nicholas Browne, a senior analyst with Wood Mackenzie in Singapore.

Expanding gas-fired generation is the only viable large-scale option in a nuclear-free Japan to power its industrial and commercial sector and keep electricity prices low enough for businesses to stay competitive globally.

The disaster undermined public confidence in the safety of nuclear power, leading to the shutdown of all plants for maintenance and safety checks, which pushed the world’s third-largest economy and biggest importer of LNG to post its first trade deficit since the second oil shock 31 years ago.

Prior to Fukushima, nuclear power accounted for about 30 percent of electricity and at this stage Japan may have only four nuclear reactors back operating by March 2015, the Institute of Energy Economics Japan says.

The new gas and coal power plants, which based on International Energy Agency (IEA) data will cost an estimated $7 billion to build, will add 6.4 percent more fossil fuel capacity by the end of 2014.

Mitsubishi Heavy, General Electric, Hitachi and Mitsubishi Electric are among the firms that will benefit from construction.

Gas-fired units next year will add 5.2 gigawatts of capacity, or 7.8 percent, to the 66.3 gigawatts the power firms now operate, according to industry data. The IEA estimates plants with such power output would cost about $4.5 billion.

The two coal-fired units due to start commercial operations in December will add 1.6 gigawatts online from the current 39 gigawatts. Building two plants that produce 1.6 gigawatts would cost about $2.4 billion, according to the IEA.

Lower coal and gas prices relative to crude and fuel oil will clip a skyrocketing energy import bill, but fuel costs will grow and still account for a big chunk of the trade deficit.

Japan’s trade gap reached a record 4.8 trillion yen in the first half of this year alone.

With the cost of some fuels falling slightly this year, the Ministry of Industry has revised down its estimate for the extra costs Japan will pay for fossil fuels in the year to March 31, 2014, to 3.6 trillion yen from 3.8 trillion in April, which will mostly cover LNG and coal.

“With oil prices staying this high and peak summer demand behind us, the utilities have quickly dropped usage of crude and fuel oil in favor of LNG,” said Akitsugu Takahashi, a marketing executive for Japan’s biggest refiner JX Holdings.

Japan’s coal imports are set to hit another record over the next year, but the Petroleum Association of Japan (PAJ) has said oil use at power plants could fall 10 to 20 percent this winter from a year earlier.

Helping to ease costs, utilities will likely fuel the new gas-fired units with long-term supply contracts due to start in 2014, such as from Exxon Mobil’s PNG LNG plant, rather than from spot market purchases, traders and analysts said.

Consultancy FGE expects Japan’s total LNG demand this year to be at 85.7 million tonnes, increasing slightly to 86.4 million tonnes in 2014 on higher demand for power that will accompany the new start-ups.