!-- Hotjar Tracking Code for www.pimagazine-asia.com -->
You Are Here: Home » News » Gulf Energy on song for the 5,000 MW IPP bid in Thailand

Gulf Energy on song for the 5,000 MW IPP bid in Thailand 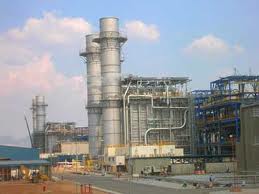 Gulf Energy Development Co was the only winner for Thailand’s third round of Independent Power Producer (IPP) bidding, with combined capacity of 5,000 megawatts.

A source who asked not to be named said Gulf was shortlisted based on technical criteria two weeks ago and named the sole winner in terms of proposed electricity tariffs last week.

Five bidders won in the first round and three in the second round. The third round of IPP bidding calls for gas-fired power plants with natural gas to be supplied by sales from the oil and gas giant PTT Plc.

The bid results were decided by the Energy Regulatory Commission, with the winner to be officially named next week.

Under the bidding criteria, awarded bidders were required to operate the power plants commercially starting in 2021.

This is the second consecutive round a unit of Gulf Power Generation won an IPP bid. In the second round in 2007, the company won two licences with a combined capacity of 3,200 MW for gas-fired power plants.

The two plants are under construction and will feature equal capacities of 1,600 MW. The first one is scheduled to start operation next year with the other coming online in 2015. Gulf has also won about 10 small power producer licences.

Gulf Power was among the winners of the first round of IPP bidding in 1994-95, but its 700-MW coal-fired Bo Nok power plant was scrapped a decade later due to strong protests from local communities and environmental activists.

In a related development, Pongdit Potejana, the deputy governor for corporate social responsibility at the Electricity Generating of Thailand (Egat), was named the new chief executive of its subsidiary Ratch.