!-- Hotjar Tracking Code for www.pimagazine-asia.com -->
You Are Here: Home » News » Indian power companies get huge boost for coal imports that will see a number of projects move forward 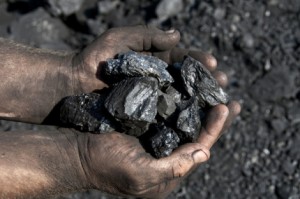 India has decided to allow some power companies to pass on the costs of foreign coal to customers, a minister said on Friday, in a move likely to boost imports and investment in power generation but bring higher prices.

The policy will apply only to power stations that rely principally on domestic coal and buy imports to make up for local shortfalls, however. Tata Power Co, one of the country’s best known utilities, said the policy should be extended to plants that rely on imported coal.

Meanwhile, a proposal to raise gas prices for the first time in three years has been deferred, information and broadcasting minister Manish Tiwari told reporters after a cabinet meeting.

A gas price rise to near world levels would have fuelled investment in the sector and made liquefied natural gas (LNG) imports from major producers such as Qatar more attractive.

India is the world’s third-largest producer of coal, and more than half its power comes from burning the fuel. But domestic output falls short of demand, triggering frequent and lengthy power cuts in Asia’s third-largest economy.

It also means power producers have to turn to expensive coal imports. Until now, they have not been able to pass these costs fully on to customers.

The move could help bring as much as 78,000 megawatts of generation capacity on stream, a power ministry source said.

India’s economy grew at its weakest pace in a decade in the year to March 31, and the government is trying to tackle a raft of reforms, some leading to unpopular price rises, ahead of state elections this year and national elections in 2014.

The new power prices have to be approved by individual states, which can decide to subsidise them and ease the costs for millions of poor Indians.

“Ultimately the consumers have got to pay for the cost of generation, so there is no question of the developer taking a hit on the cost of imported coal. There was absolutely no sense in that,” GVK Power’s George said.

Shares in GVK and other companies such as Tata Power and Adani Power rose after the decision but lost those gains by the close of the trading day.

India’s electricity generation is dominated by state-run NTPC, although an increasing number of private players are setting up near the coast to facilitate imports.

Tata Power, which runs a large-scale power plant on the west coast that supplies electricity to five states, has thus far been unable to pass the cost of imported coal on to its customers. That has put financial pressure on the company, its executive director said in an interview in May.

“…based on our present understanding, this order is only limited to domestic coal based plants that were dependent on imports to meet the domestic coal shortfall”, Tata said in an emailed statement.

The country’s total installed capacity is about 212,000 MW as of January this year, according to the state electricity authority.

Around 80 percent of coal production comes from Coal India Ltd, which is 90 percent owned by the federal government.