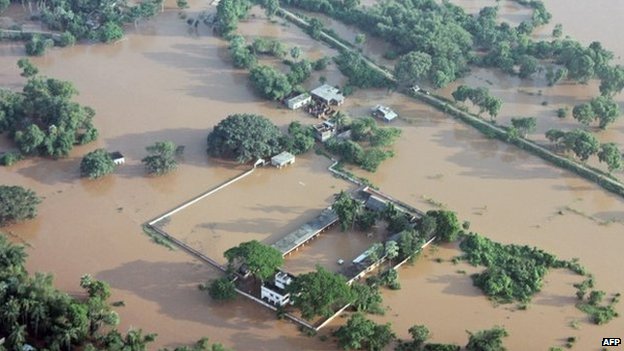 No sooner had the cyclone warning been sounded, the power ministry asked the central generation and transmission utilities, NTPC and PowerGrid Corporation, respectively, to simulate power supply and demand scenarios due to generation stalling or arterial distribution lines snapping in the storm.

Transmission lines are the most vulnerable to cyclones and storms. Any disruption in these lines cuts off supply and suddenly changes the demand on a generation station. The sudden drop in demand can stall generating stations that are operated in tune with a certain projected demand and other stations in a network to maintain supply stability. Sudden change in demand – either a drop or spike – can trip the plants and kick off a domino effect to black out other connected networks.

Odisha also provides the transmission interlink point between the eastern and southern regions through the 2,000 mw Talcher-Kolar HVDC (high-voltage direct current) link and the 1,000 mw Gazuwaka HVDC link. PowerGrid put three emergency restoration systems on standby in Odisha and Andhra for quick deployment in the event of damage to these lines.

Simultaneously, Simhadri and Vijayawada generation stations in Andhra, both run by the state government, and NTPC’s Talcher plant in Odisha as well as Machkund, Balimelam, Upper Sileru and Lower Sileru hydel projects in the state were put on watch to sequentially switch off in case of any disruption in the evacuation system, thus avoiding any tripping that takes a longer time to switch on.

As a result, interruptions in the Talcher-Kolar link at three locations were restored in less than 30 minutes. Also, the southern connection was maintained through the alternate path of Gazuwaka HVDC back-to-back link. No AC line tripped. At present, all inter-state links to the south are working (3,000 mw capacity out of 4,000 mw reported).