China & USA projected to have 75% of Worlds Energy Storage 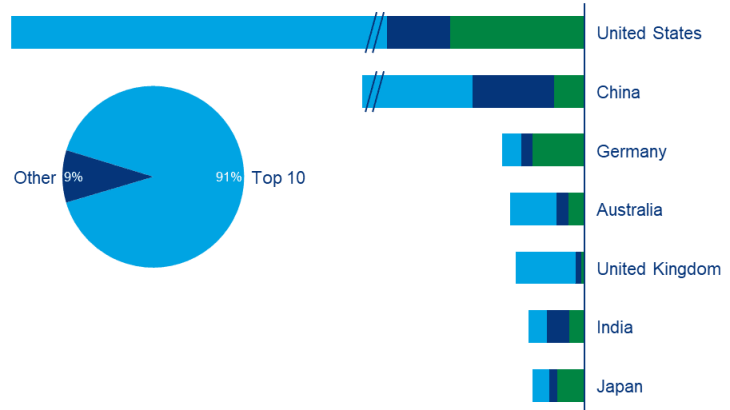 China and the United States are projected to account for 75% of the global demand for energy storage, Wood Mackenzie reported.

In its Global Energy Storage Outlook, Wood Mackenzie reported the two markets will lead demand which is expected to reach 422 gigawatt-hours (GWh) in China and 600GWh in the US by 2031. Europe, meanwhile, lags with only 159GWh.

The US remained the global leader, whilst China led the Asia-Pacific market, which Wood Mackenzie attributed to the Chinese government’s 14th five-year plan.

According to the report, the plan seeks to enter the stage of large-scale development for energy storage by 2025. So far, 12 provinces and cities in China have announced 2025 cumulative energy storage deployment targets with a total of around 40GW.