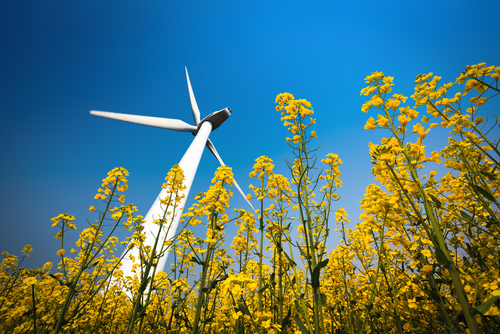 “TPREL was selected as the preferred bidder in a process conducted by AES Corporation for sale of its 100 per cent stake in ASW. The acquisition is subject to certain conditions, which are expected to be addressed in a few months time,” Tata Power said in the release.

Commenting on the acquisition agreement, Anil Sardana, MD of Tata Power said, “This is our second acquisition of an operating wind asset and we are in constant look out for similar opportunities in respect of wind and solar plants.”

Currently, it has four renewable projects including three projects of 50.4 MW each at Gadag, Khandke and Samana in Maharashtra. The fourth project of 25 MW is situated at Mithapur, Gujarat.

Founded in 1981, US-based AES Corporation provides sustainable energy in 27 countries and has presence in India since 1992 where it developed projects in Gujarat, Chhattisgarh, Rajasthan and Odisha. ASW, which generates power from the wind project in Gujarat, sells power to Gujarat Urja Vikas Nigam Ltd. It has executed an operation & maintenance (O&M) agreement with Wind World India Ltd for the wind firm site.

Tata Power, a part of Tata Group, is looking to generate 20-25 per cent of its total power capacity from clean energy sources. The firm, which is already present in Indonesia and Africa among other geographies, is looking investment opportunities in South East Asian nations such as Vietnam, Myanmar and Indonesia.

This May, Tata Power through its subsidiary Tata Power International had signed an agreement with Clean Energy Invest AS (Clean Energy) and IFC InfraVentures for developing hydro projects of $700 million in Georgia.

In another deal in the same space in the state, DLF Ltd, the country’s largest real estate player by market value, sold its 150 MW capacity wind turbine at Kutch in Gujarat to Bharat Light & Power for 325.38 crore. This was inclusive of the equity and debt component which includes relevant long-term loans.