One of the world’s largest renewable energy infrastructure projects, the Australia-Asia PowerLink, is set to supply Singapore and Indonesia with solar energy harvested from Australia’s Northern Territory. Five consultancies have been selected to support the delivery team for the ambitious plan.

Tapping into this gap in the market, the Australia-Asia PowerLink (AAPL) is a proposed electricity infrastructure project that is planned to include the world’s largest solar plant, the world’s largest battery, and the world’s longest submarine power cable. A solar farm in Northern Territory, Australia, will produce up to 20 gigawatts of electricity, most of which will be exported to Singapore and Indonesia by a 4,500 km, 3GW high-voltage direct current (HVDC) transmission line. 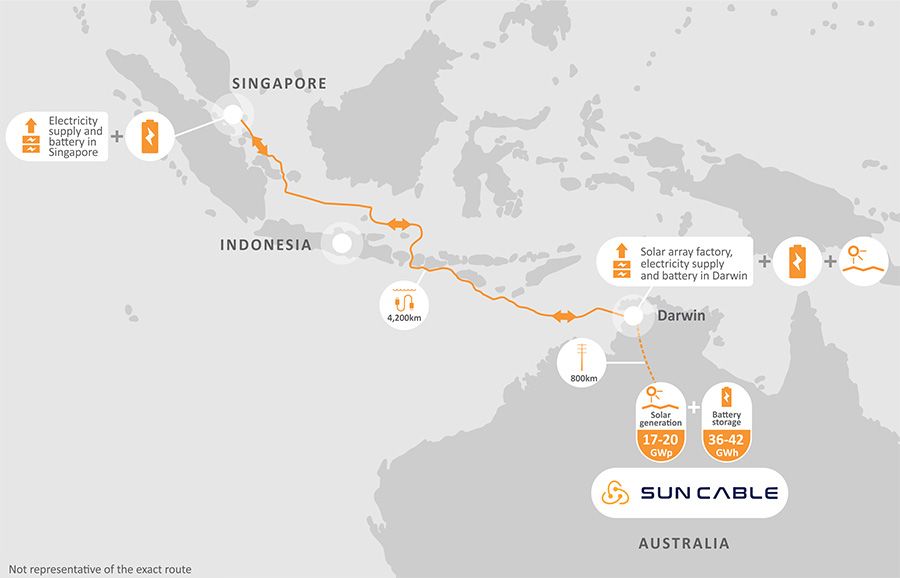 With a slated completion date in 2027, the project will also see a 36-42 GWh battery delivered to store energy to level out energy availability, as sunlight varies throughout the day.

In Australia, the project will add AU$8 billion to the economy of the Northern Territory, then exporting AU$2 billion of electricity every year – but there will also be notable benefits in Asia. For example, the Australia-Asia PowerLink is forecast to be capable of supplying up to 15% of Singapore’s electricity needs, with full capacity available from 2028.

The AAPL is being developed by the Singaporean firm Sun Cable and is projected to begin construction in mid-2023, as Sun Cable intends to secure all financing by that time (at an expected cost of AU$30 billion). With such a large amount of capital on the line, and with so many complexities to overcome before it the concept goes live, Sun Cable have appointed an experienced team of consultants to help deliver the landmark project. 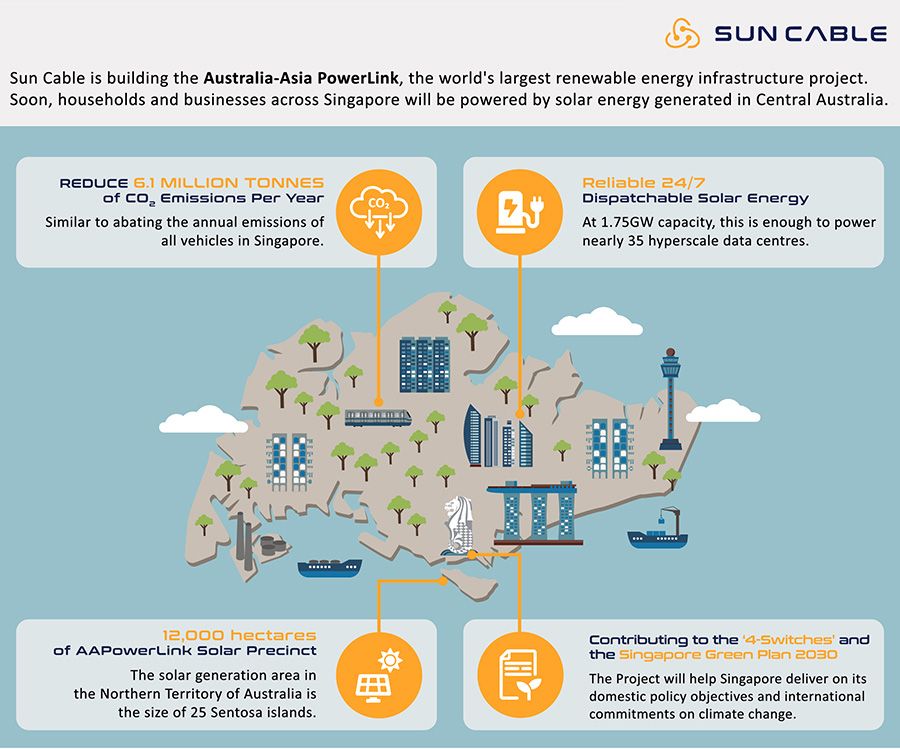 SMEC will head up the delivery of the project’s solar generation system. The specialist engineering and design consultancy is a provider of infrastructure development, and is part of Surbana Jurong – a Singaporean government-owned consultancy company focusing on infrastructure and urban development.

Hari Poologasundram, who is CEO of SMEC and CEO International of Surbana Jurong, noted, “Global challenges across the energy landscape require bold, innovative and multinational solutions. We’re proud to partner our colleagues at Surbana Jurong to bring together the experience, skills and expertise required to deliver this project. It’s exciting to play our part in another game-changing renewable energy scheme that will make a difference to many communities.”

Insurance broker and risk advisor Marsh will provide risk management services, and PwC will deliver project advisory support to the Australia-Asia PowerLink. Meanwhile, US engineering consultancy Bechtel will assist with the project delivery between Asia and the Northern Territory, and Canada based engineering firm Hatch will support the plan’s HVDC transmission element.

Speaking on all the firms appointed, David Griffin, CEO of Sun Cable, remarked, “To secure the support of these globally recognised experts is an important vote of confidence in the significance and feasibility of Sun Cable’s Australia-Asia PowerLink. Sun Cable is proud to have the expertise of Bechtel, Hatch, SMEC, Marsh, and PwC reinforcing our team, as we deliver this game-changing infrastructure for Australia, Indonesia and Singapore.”

“This project is designed to significantly accelerate the carbon zero ambitions of the region and we have brought together a dream team to bring it to fruition.”