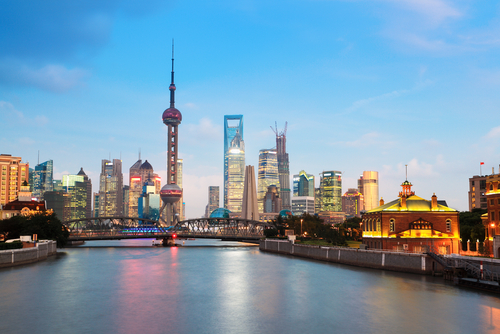 Extensive hydropower development in the upper reaches of China’s Yangtze River poses a threat to the future safety of Shanghai’s water supply, says a new study.

The report, by Yangtze River Fishery Resources Committee under the Ministry of Agriculture and World Wide Fund for Nature, known as WWF, is based on a scientific expedition by 32 researchers from government agencies and NGOs through five provincial regions carried out in June.

“One of the most direct consequences for Shanghai is the reduction of the total amount of fresh water that flows from the upper reaches,” Yong Yi, a project manager at WWF’s Shanghai office, was quoted as saying by the Global Times. “This will cause water safety problems for Shanghai, because the coastal city will suffer from seawater intrusion.”

As part of China’s energy plan, more than 25 hydropower stations are planned along the 1,434-mile long Jinsha River, one of the major headwaters of the Yangtze. The facilities will be about 62 miles apart and together will supply power equivalent to four times the amount of China’s massive Three Gorges Dam project, the world’s largest power station that has an installed capacity 22,500 megawatts.

At least 12 of those stations are already under development, and that construction has tamed the Jinsha’s once-powerful current that had carried silt down to the Yangtze’s lower reaches, the report notes.

The report also warns that the fish ecosystem on the Yangtze — the longest river in Asia and the third-longest in the world — is on the verge of collapse due to increasing development and overfishing.

The number of Yangtze’s fish in four major species has dropped from more than 30 billion in the 1950s to less than 100 million, the report says. Furthermore, the number of breeds has shrunk from 143 to 17.

“The source species are reducing, leading to unsustainable development of aquaculture and an increasingly fragile ecosystem,” Zhao Yimin, head of the Yangtze River Fishery Resources Committee, was quoted as saying by China Daily. Already some species, such as the fin-less porpoise, have become extinct.

Environmentalists and scientists have called for a ban on fishing along the Yangtze River to give time for the ecosystem to rebuild itself.