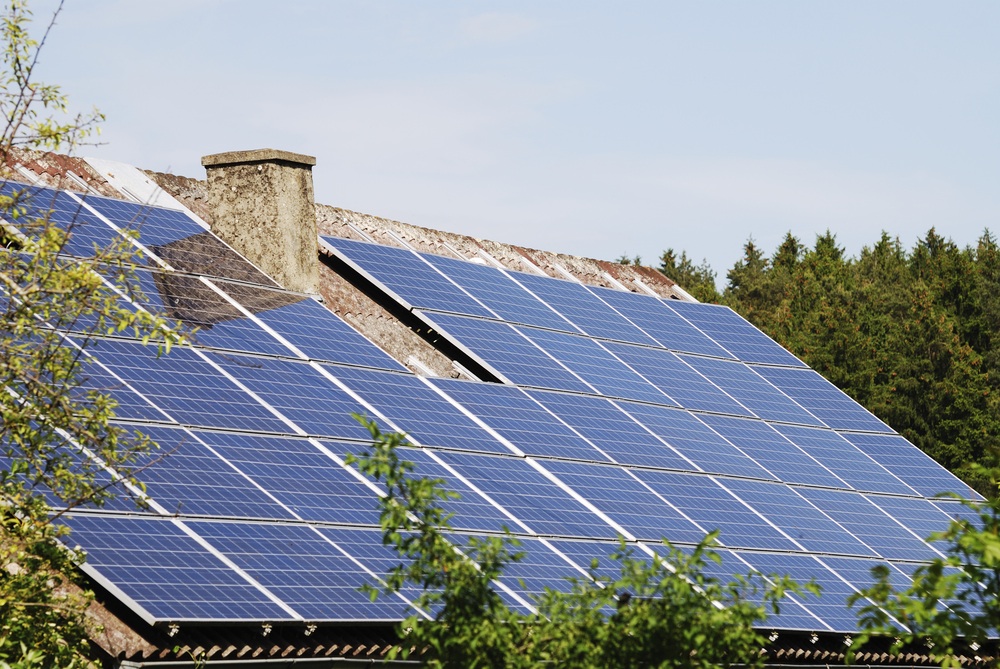 Panasonic Corp. (6752) is targeting rooftops for its solar panels as developers struggle to find big enough plots of affordable land in Japan with the access to transmission lines needed for utility-scale projects.

Japan’s largest consumer-electronics maker, which sold 540 megawatts of solar products in the 2012 fiscal year, wants to increase the volume by 25 percent this year, said Kazuhiro Yoshida, who heads the solar division of the Osaka-based company.

“Rooftops don’t require the purchase of land, and there are transmission lines already available nearby,” he said in an interview in Tokyo. “Rooftops are going to be more popular.”

Yoshida’s comments follow a debate about how to fix grid congestion issues on Hokkaido island in the north of Japan, one of the few places that does have large plots of inexpensive land. The Panasonic official said homes, apartment buildings and convenience stores have potential for solar.

Panasonic is forecasting Japan’s solar market may consume as much as 5 gigawatts of solar cells in the year through March 31, making it one of the biggest in the world. Of that, 3.5 gigawatts will be for projects smaller than 50 kilowatts, according to the company, which began developing solar panels in 1975. One gigawatts equals 1,000 megawatts.

Japan’s solar market is booming thanks to an incentive program that pays above-market rates for power produced from renewable sources such as the sun and wind. Introduced in July 2012, the program is intended to diversify the country’s energy mix following the 2011 Fukushima nuclear disaster.

The rate for non-residential solar is currently 37.8 yen (38 cents) per kilowatt-hour for 20 years, about three times that of Germany’s. The generous tariff prompted new-entrants such as SoftBank Corp. (9984) and Orix Corp. (8591) to build utility-scale plants.

Panasonic, whose new manufacturing plant in Malaysia started operations in December, has been consolidating plants overseas. Its Oregon plant ended solar wafer production at the end of June. It continues to make silicon ingots there.

The company plans to close a panel manufacturing plant in Hungary in September, according to Yoshida. It is considering Malaysia, Thailand and Indonesia as markets where it could seek more sales, he said.

Japan may add from 6.9 gigawatts to 9.4 gigawatts of solar capacity this year, according to a forecast from Bloomberg New Energy Finance. That would make the nation the biggest consumer of solar technology.

The country added 1.98 gigawatts of solar capacity in the 2012 fiscal year and another 1.24 gigawatts in the two months to May 31, the Ministry of Economy, Trade and Industry said this week. The ministry has approved 20.9 gigawatts of solar projects by the end of May.