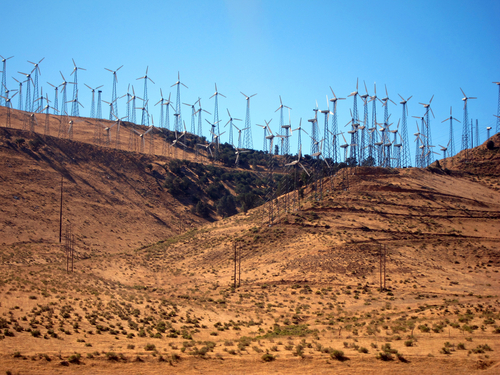 China’s leading wind energy developer Longyuan Power recently announced that it has installed five wind energy turbines in Nagqu prefecture in Southwest China’s Tibet autonomous region. The project site is located at a height of 4,900 meters above the sea level. The company will set up 28 more turbines, made by Guodian United Power, at the site.

The significance of this project is not restricted to the remote prefecture where it is located. China, while being the wind energy leader in the world, loses million (most probably billions) of units of electricity due to transmission losses and lack of transmission network to carry power generated from the numerous wind energy projects. The resource rich regions are located in the interior of the country while the demand centres are mostly located at the eastern coast.

Setting up wind energy projects at remote areas, close to the resource rich regions, not only helps in reducing the transmission losses but would also help in the economic development of the remote areas. China has mastered the onshore wind energy technology, now it should aggressively push for development in the offshore sector and in remote areas.