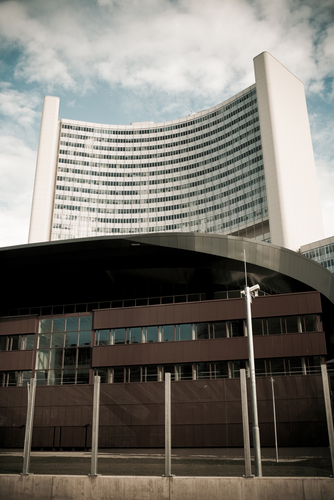 The United Nations’ atomic agency has cut its long-term outlook for nuclear energy growth for a third year in a row, in part because of hesitancy following Japan’s Fukushima disaster.

The industry could, however, still nearly double its capacity by 2030 due to expansion in Asia.

Overall nuclear generating capacity will grow by between 17 and 94 percent by 2030 depending on a wide range of factors such as global economic growth, the International Atomic Energy Agency said.

That was down from 25 and 100 percent respectively from last year’s forecast.

In the developed world, low natural gas prices and an increase in subsidized renewable energy capacity were expected to have an impact on the prospects for nuclear in the short term. Also, “the ongoing financial crisis continues to present challenges for capital intensive projects such as nuclear power,” the agency said.

These factors, in addition to the Fukushima accident in March 2011, “are expected to temporarily delay deployment of some nuclear power plants”.

But it added that in the longer run population growth, demand for electricity, climate change concerns and price volatility for other fuels “continue to point to nuclear generating capacity playing an important role in the energy mix,” it said.

“While (the) figures are lower than in our last projections in 2012, they still point to a steady rise in the number of nuclear power plants in the world in the next 20 years, particularly in Asia,” IAEA Director General Yukiya Amano said.

There are now 434 nuclear power reactors in the world and 69 under construction. In China alone, 30 plants are being built, adding to the 15 reactors it now has.

But since the reactor meltdowns at Fukushima which sent radiation across a large areas, Germany, Switzerland and Belgium have decided to move away from nuclear power.

“Some of the effects of the Fukushima Daiichi accident have included earlier than anticipated retirements, delayed or possibly canceled new build, and increased costs owing to changing regulatory requirements,” the IAEA said.

Global nuclear power capacity was expected to increase to between 435 gigawatts and 722 GW by 2030 compared with 373 GW now, the Vienna-based U.N. agency said in its new projections.

The IAEA said the low case “represents expectations about the future if current market, technology and resource trends continue”. The high case projections “are much more optimistic, but still plausible and technically feasible”.