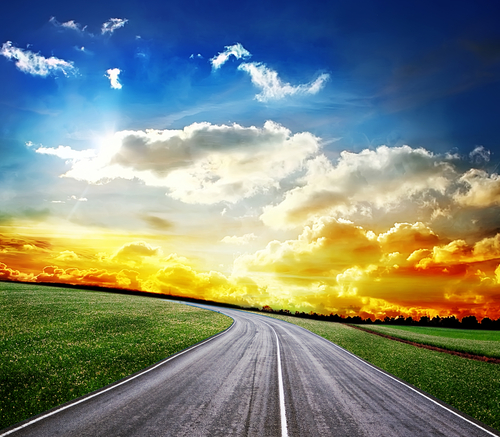 When Honda starts testing cars at its new test track in Sakura, Japan, its test models will zoom by where it’s building a new 10 megawatt solar farm. The company plans to sell the electricity from the project starting in 2015.

The project is likely the largest solar project for a carmaker to date. While other car companies, including Ford, General Motors and Volkswagen have solar installations in the U.S. only Volkswagen’s 9.5 megawatt installation in Chattanooga, TN., is close in size to the newly announced Honda facility. The other installations, however produce electricity for the carmakers, as opposed to Honda’s new facility, which will actively sell the power produced to the grid.

The facility has been a long time coming. “In 2007 Honda initially announced its plan to build a large-scale test course featuring a high-speed circuit with a 4 km long track, but postponed the plan due to the global economic recession that began in 2008,” the company said. Now that certain things have changed in the automotive industry, the company now is building the facility to help it advance its safety technologies.

Now the company also added in plans for a 10 megawatt solar array, which will cover roughly a roughly 33 Hectare (81.5 acre) lot while the testing course will consume another 25 Hectares. The array will consist of about 70,000 solar panels.

The company also is building a biotope or wildlife habitat on the property that the public can enjoy, the company said. “While continuing proactive development of safety technologies, Honda positions global environmental issues, especially climate change and energy issues, as a top priority and contributes to the reduction of its environmental footprint by promoting widespread use of renewable energy.”

The solar array is part of Honda’s larger efforts to become more sustainable. The company said its long-term goal is to deploy solar power and other renewable energy systems in an attempt “To bring well-to-wheel CO2 emissions down to zero.” The carmaker is developing emissions eliminating technologies and reducing product life-cycle emissions and emissions from business activities. This includes fuel-efficiency improvements as well as efficiency in product transportation.

The company also said its long-term energy goal is to become energy self-sufficient “through the use of solar-powered hydrogen stations.” It launched its first such station in Japan earlier this year. It also plans to raise the efficiency of energy management technologies. In addition to energy efficiency measures, the company is also looking into diversifying energy sources by deploying more hybrids and EVs.