!-- Hotjar Tracking Code for www.pimagazine-asia.com -->
You Are Here: Home » News » GAIL Optimistic but Unlikely to Lay LNG Pipes to NTPC

GAIL Optimistic but Unlikely to Lay LNG Pipes to NTPC 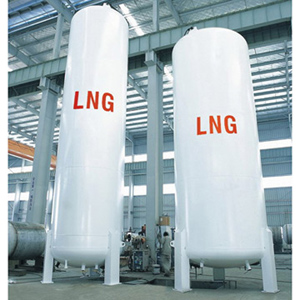 Though the Gas Authority of India (GAIL) officials say that the laying of pipelines to the Rajiv Gandhi Combined Cycle Power Plant, the NTPC, Kayamkulam, for supplying LNG, will be given priority, the ground situation looks a little dicey at the moment.

For one, the NTPC is yet to sign a power purchase agreement (PPA) with Kerala, Andhra Pradesh and Tamil Nadu.

Besides, mounting protest from the fishermen community has cast its shadow on the project. However, since the laying of the Bangalore-Mangalore pipeline has been hit by local protest, GAIL officials are likely to look at the possibility of laying a pipeline to Kayamkulam seriously. As per the project, GAIL will lay the sub-sea pipelines from the gas terminal of Petronet LNG Ltd(PLL) at Vypeen to Kayamkulam.  Out of the 120-km pipeline, 117 km will be offshore, while 1.5 km each will be onshore at Vypeen and Kayamkulam.

The project is of utmost importance since it enables the power plant at Kayamkulam to convert its fuel base from naphtha to LNG.

The 350 MW station runs at full capacity for less than 40 per cent of the days a year. A minimum of three years will be required to complete the pipe-laying process to Kayamkulam.

But experts point out that getting LNG at the present rate ($19.5) will not help in the production of power at a cheaper rate.

Only when the PPA with the three states is through, the NTPC would be able to sign the agreement with the GAIL for sourcing imported gas for its plants. The pricing of the fuel remains a key challenge.

It is learnt that even though the GAIL director board has given an in-principle approval for laying the pipeline from Puthuvype to Kayamkulam, the NTPC officials are yet to finalise the terms of agreement.

Charles George, president, Matsya Thozhilali Aikya Vedi, said that they oppose the project at any cost, as it will affect their livelihood.

“We have already presented our apprehensions to the Chief Minister. Though he gave an assurance to look into the issue nothing has been done so far,” George added.