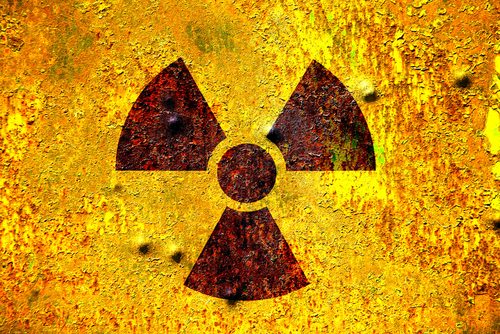 Radiation near a tank holding highly contaminated water at Japan’s crippled Fukushima nuclear plant has spiked 18-fold, the plant’s operator said Sept.1, highlighting the struggle to bring the crisis under control after more than two years.

Radiation of 1,800 millisieverts per hour – enough to kill an exposed person in four hours – was detected near the bottom of one storage tank on Aug. 31, Tokyo Electric Power Co. , also known as Tepco, said.

An Aug. 22 readings measured radiation of 100 millisieverts per hour at the same tank. Japanese law has set an annual radiation exposure safety threshold of 50 millisieverts for nuclear plant workers during normal hours. Last month, Tepco revealed that water from the tank was leaking. Japan’s nuclear regulator later raised the severity of the leak from a level 1 “anomaly” to a level 3 “serious incident” on an international scale for radiation releases.

The Fukushima Daiichi power plant north of Tokyo was devastated by a tsunami on March 11, 2011 that resulted in fuel-rod meltdowns at three reactors, radioactive contamination of the air, sea and food and the evacuation of 160,000 people. It sparked the worst nuclear crisis since Chernobyl a quarter of a century earlier.