!-- Hotjar Tracking Code for www.pimagazine-asia.com -->
You Are Here: Home » News » EGAT worry about loosing competitiveness to Malaysia and see clean coal as the answer 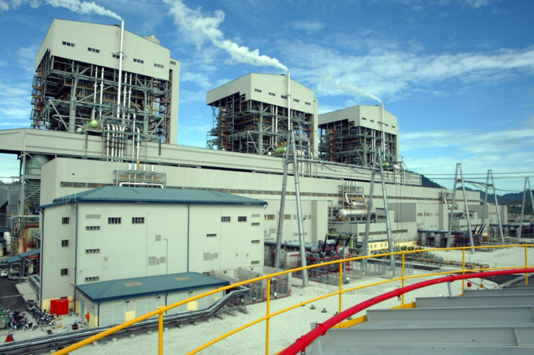 Thailand might lose competitiveness to Malaysia in terms of the cost of electricity if it fails to increase the proportion of coal-fired power plants, according to an official with the Electricity Generating Authority of Thailand.

These four plants produce a combined 8,160MW of electricity and are located near the sea, which is convenient for coal transport.

He said this meant 45 per cent of Malaysia’s electrical power was generated by coal, followed by natural gas at 43 per cent, oil at 6 per cent and hydropower at 6 per cent.

“Malaysia has abundant natural-gas reserves but it mainly uses imported coal, which is cheap, to produce electricity,” he said, while taking the Thai press on study tour to Jimah plant in Negeri Sembilan state last week. “It exports expensive natural gas in the form of LNG, which generates huge income for the country.

“This is contrary to what happens in Thailand, which mainly uses natural gas to produce electricity.”

Currently natural gas generates 70 per cent of Thailand’s electricity, while coal accounts for only 18 per cent. Tatree said that if Thailand failed to increase the number of coal-fired power plants in the future, soon the cost of generating electricity would be higher than in Malaysia.

The average electricity rate in Malaysia is Bt4.10 per unit, higher than Thailand’s Bt3.76 per unit. But it is predicted that the rate in Thailand could jump to Bt6 per unit if the country has to import more liquefied natural gas (LNG) after reserves in the Gulf of Thailand run out, which is expected within 10 years. Such a high cost of electricity would affect Thailand’s ability to attract foreign investment.

Yen Adnan Bin Mohamad, head of the quality, health, safety and environment department of Jimah O&M, said the Jimah Energy Ventures plant used bituminous and sub-bituminous coal imported from Indonesia and Australia. It imports 4.3 million tonnes per year. It has installed flue gas desulphurisation and electrostatic precipitator systems to protect the environment and nearby communities.

It plans to expand production capacity to 2,000MW in the future.

Paopong Temsumrit, director of Egat’s project community relations division, said modern technology could allow the clean use of coal. Egat plans to set up four coal-fired plants in the South to produce a total of 4,000MW.

The first project, which will be set up in Krabi with 800MW capacity, will be the first to supply power to the system in 2019, followed by the rest of the projects in other southern provinces in 2022, 2025 and 2028. Environmental and health assessments are under way for the Krabi project. These reports should be completed next year.

Construction of the plant will take four years and it will use clean coal technology.