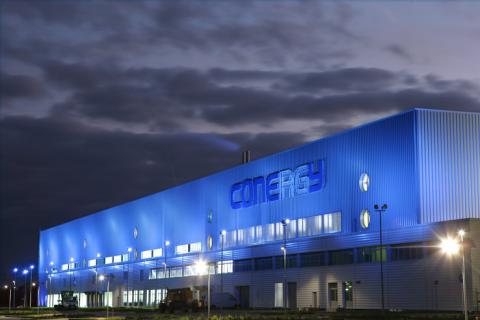 The German solar giants will install their solar panels for local investor San Carlos Solar Energy Inc. in what is their first foray into this emerging Southeast Asia market.

Hamburg-based Conergy AG has made further inroads into the burgeoning Southeast Asian solar PV market with the announcement that the company has won a 22 MW order to supply modules for a new solar plant in the Philippines.

In what is the company’s first foray into the Republic of the Philippines, Conergy is building a 350.000 square meter, large-scale solar project in the city of San Carlos, for local energy supplier San Carlos Solar Energy Inc., and local clean energy developer, Bronzeoak Philippines. Financing for the project comes from ThomasLloyd, a European-based asset management group.

Conergy will act as the general contractor for the project, overseeing all engineering, planning and construction services on the two plants, generating a capacity of 13 MW and 9 MW respectively.

“With our market entry on the Philippines, we are opening up another attractive and emerging growth market in Asia, adding to our strong presence in Thailand,” said Marc Lohoff, chief sales officer of Conergy in Asia and North America. “With this order, we will build the first and especially the largest power plant on the entire archipelago. Conergy is already today a market leader in the Asia-Pacific region.

“Together with our strategic investor Kawa, we have the necessary funding to efficiently implement our very promising project pipeline. The entry in the Philippine market was an important first step and we are currently working on very interesting large-scale projects in other solar growth markets, in the region as well as in North America.”

The two solar plants are expected to be completed by the midway point of 2014 and will generate 35,000 MWh of solar electricity a year – enough to supply the energy needs of 13,000 local households annually. The plants will use 88,300 Conergy P-Series modules, and the project will remove an estimated 18,800 tons of carbon emissions from the atmosphere every 12 months.

Although the solar power market in the Philippines is relatively small, the nation’s high energy costs have prompted the government to seriously explore the potential of renewable alternatives, with solar the clear frontrunner.

“According to the Philippine Solar Power Alliance (PSPA), the market capacity for solar power is expected to double to a total of 5 MW by the end of 2013,” said Alexander Lenz, president of Conergy Asia and the Middle East. “Our solar power plant will be four times this expected total market size, once completed in 2014.

“The outlook [for The Philippines] is bright  as well: In the coming years, the government will cover around one-third of the country’s energy needs with renewables. Besides the large-scale projects, the strongly growing rooftop installation will contribute to that development. For the latter, the government has lately introduced net metering options.”