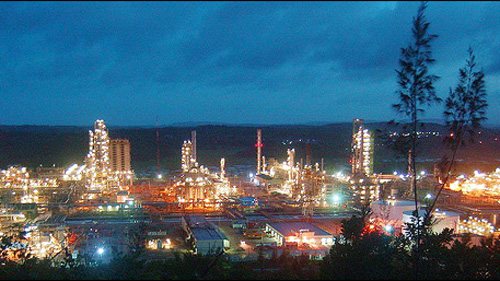 Investment contracts under the BOT umbrella, with the Vietnamese government acting as the underwriter, were initialed by the Ministry of Industry and Trade and key investors in a bid to finalise legal setup process for sourcing investment certificate. CSG’s chairman Wang Bin said after getting the investment certificate the investors would engage in financial arrangements, striving to put the project into use from late 2017. The project’s total investment was set at $1.6 billion-$1.7 billion.

Unlike Vinh Tan 1 BOT power project where Chinese investors came on board right from the inception, in 2006 China Investment Corporation (CIC) became one of three key investors at Mong Duong 2 1,200MW BOT thermo-power project, based in northern Quang Ninh province, after acquiring a 19 per cent stake from US’s AES Group.

AES Vietnam chief Ian Fox said since the US government did not stand surety for coal intensive thermo-power projects, AES wanted to source other business partners and had chosen CIC who was a China’s state investment group and also an AES shareholder in US market.

Another Chinese partner Wuhan Kaidi Electric Power Engineering Company (Kaidi) would engage in other 1,200MW power project, in northern Hai Duong province. The BOT project is still in the phase of financial arrangements though construction was kicked-off in September 2011. Its key investors will be unveiled by October, 2013 after finalising financial arrangements.

These three BOT projects are from a list of nearly BOT 20 power sector projects, in the development pipeline or under negotiation. Chinese investors are also busy with other projects. For instance, at 2,400MW Son La hydropower project, based in northern mountainous Lao Cai province, equipment has been sourced from China-based Alstom Tianjin plant after winning out over other international contractors.