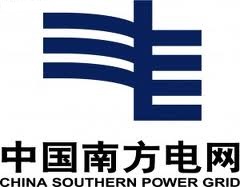 NTDCL MD Muhammad Zia-ur-Rehman welcomed the Chinese delegation and gave a detailed briefing about operations of NTDC, on-going projects and future expansion plan. In addition, he proposed that NTDCL would like to benefit from experiences and technical expertise of CSG in terms of network optimization, introduction to new technologies, improvement in algorithms of control system and capacity building of engineers and technicians. To achieve this objective, he proposed that in addition to training sessions, engineers of two companies may work together on projects, control systems and operation and maintenance (O&M) assignments.

Wang Jiuling vice president of China Southern Power Grid Company Limited (CSG) said that CSG was transmitting and distributing electricity in five provinces of China since 2002. The capacity of CSG into 2013 has risen to 263,000 MW. CSG was comparatively young company in China but has met demand of 230 million populations spread over one million square km, he said, adding the demand in CSG was rising at 8 per cent annually. He agreed to proposal of NTDC to have close relationship so as to assist NTDC in achieving its objectives that are difficult as well as complex. He proposed to hold further meetings to start work towards achieving these goals.
Later, the Chinese delegation visited Technical Services Group (TSG) NTDCL, where chief engineer Arshad Mirza informed the delegation that TSG was providing grid maintenance, operation and live line training to its staff.
The head of Chinese delegation also offered advance training facilities in these areas in CSG Training Centre China.
Chinese delegation also met Wapda secretary Syed Khalid Akhlaq Gilani, who briefed the delegation about the hydro power projects being implemented by Wapda.