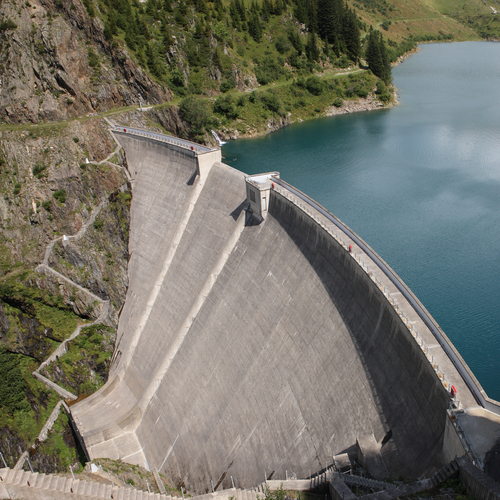 Argentina’s government on Wednesday awarded a contract worth billions of dollars for the construction of two hydroelectric dams to a consortium led by China Gezhouba Co. Ltd. The group, which also includes Argentine firms Electroingenieria SA and Hidrocuyo SA, will construct a $4 billion hydroelectric project capable of generating 1,740 megawatts of electricity in the sparsely populated province of Santa Cruz in southern Argentina.

The government says the dams will help curb Argentina’s need to import diesel and liquefied natural gas and save some $1.1 billion a year. Argentina’s rising energy deficit has become so significant that trouble paying for energy imports has led the government to implement a host of unpopular economic policies, including a ban on the purchase of foreign currencies, principally U.S. dollars. The government needs those dollars itself to pay for energy imports and to make payments on its foreign debt.

The project’s critics, however, argue the river doesn’t have enough water flow to generate the full 1,740MW of power. The project’s isolated location will make it expensive to transport the electricity from them to other parts of Argentina, critics say.

“This project will be a huge headache for Argentina,” said Gerardo Rabinovich, an energy industry consultant. “It doesn’t make any sense from a technical standpoint or in terms of an investment. The country doesn’t have the money to pay for this, especially when there are simpler, less expensive options available.”

Mr. Rabinovich said it would make much more sense to build smaller hydroelectric projects along the borders of Brazil and Paraguay.

Argentine President Cristina Kirchner praised the project Wednesday, however, saying it would lead to greater economic development. She also said the winning consortium initially would finance the entire project.

More than 20 companies, including other firms from Brazil, China, France, Korea and Spain, had participated in bidding for the hydropower projects.

The dams, which will be named after two former Santa Cruz governors, including Argentine President Cristina Kirchner’s late husband and predecessor in office, Nestor Kirchner, will provide power to residents and companies in Santa Cruz.

Provincial officials say they hope the availability of more electricity will help attract industry to the region, though they aim to export any unused electricity to other provinces and potentially even to neighboring countries.

Infrastructure Minister Julio De Vido, who has overseen the planning of the dams, said earlier this year that it will take more than five years to build them. Mr. De Vido said the dams will generate about 10% of total national demand for electricity.

An important component of the plan is a related project to connect Santa Cruz and other areas to the national power grid. In an interview earlier this year, Santa Cruz Lieutenant Governor Fernando Cotillo said the dams wouldn’t make any sense if they weren’t connected to the rest of the country’s electric grid.

A group of former Argentine energy secretaries has estimated that the government will have to pay around $13 billion in energy imports this year to ensure the domestic market is adequately supplied.

Despite recent efforts to increase oil and gas production, production of both goods has declined sharply over the past decade. At the same time, demand for energy surged during the country’s economic boom, raising the need for imported energy. But new investment in energy production has been relatively scarce. Industry executives say price caps and unpredictable government policies have discouraged investment in the sector.

Earlier this year, Mr. De Vido said international bidders would have to ensure that at least 30% of the construction components are made in Argentina. Hydroelectric dams currently account for about 30% of the power generated in Argentina.