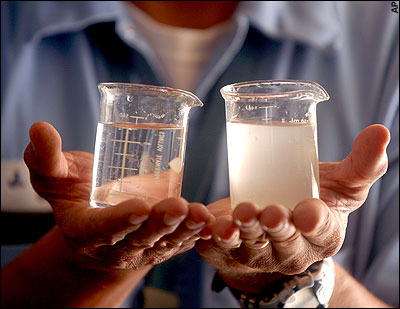 The 100,000 m3/day Nemmeli desalination plant in Chennai, commissioned in March, has adopted electric actuators from AUMA and is said to be the first desalination scheme in India to make the move.

AUMA said it has delivered its Fieldbus technology which fits in with the desalination plant’s distributed control system.

Located 35 km south of Chennai, in southeast India, the Nemmeli plant has been delivered for the Chennai Metropolitan Water Supply and Sewerage Board under a design-build-operate (DBO) contract by Israeli firm IDE Technologies and multinational water company VAT Tech Wabag.

Using reverse omosis (RO) technology, the plant converts seawater into fresh potable water which is supplied to the southern suburbs of Chennai, including the entire stretch of IT corridor, Thiruvanmiyur, Pallipattu, Velachery, MRC Nagar and Kelambakkam.

The Nemmeli plant comprises units such as disc filters, ultra-filtration membranes and RO membranes. Project costs are estimated at $97 million for the engineering, procurement and construction and $91 million for the seven-year operation.