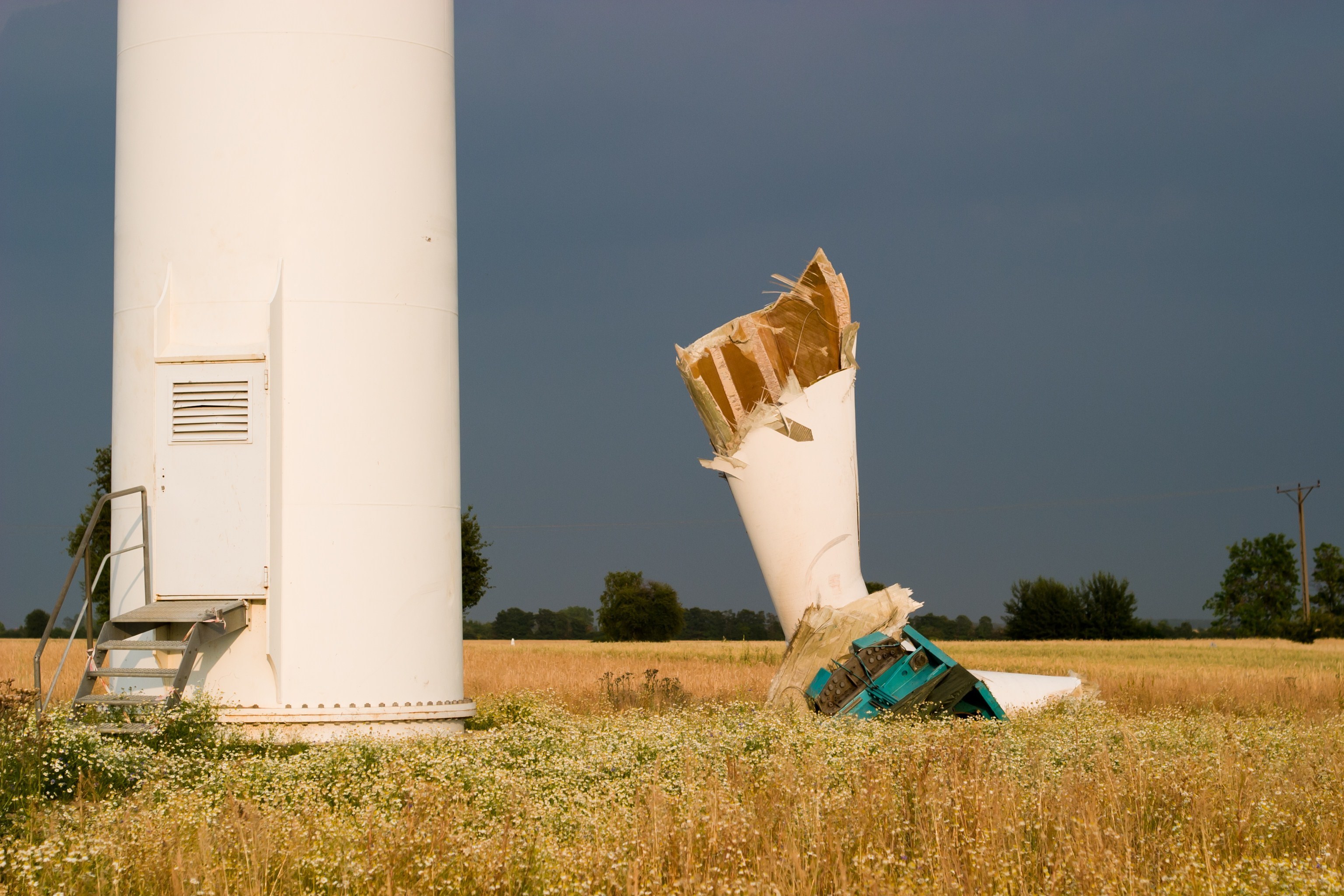 State-owned Taiwan Power Co’s (Taipower) Renewable Energy Section on Saturday promised to repair a wind turbine at the Kuanyuan wind farm in Taoyuan County’s Guanyin Township, after complaints that a blade that broke off last year has been left on a nearby beach.

The Kuanyuan wind farm, constructed in 2004, is the nation’s oldest wind power plant and is equipped with 23 64m tall turbines, which have three 37m long blades that weigh 2 tonnes each.

The broken blade came from the No. 12 turbine. It landed on a beach more than 30m away from the wind farm. The turbine has not been in operation since the blade broke, but the break triggered concerns about the quality of the turbines. The broken part was still on the beach as of Saturday.

Chen Yi-cheng, head of Taipower’s Renewable Energy Section, said the blade could have been damaged by lightning before it came off, but long-term weathering was what had eventually led to the fracture of the blade.

“However, the section acknowledges its negligence over the delay in disposing of the blade,” Chen said. Chen said that because all the wind turbines are outfitted with a lightning rod and their blades equipped with anti-lightning devices, it is unlikely that lightning could break a blade off.

“However, lightning can still damage the blades, making them more susceptible to breaking after the salt-laden air accelerates its weathering process,” Chen said. When blade damage is found during routine maintenance checks, technicians try to repair the blade by applying a special coating to its surfaces, Chen said.

Besides the blade that broke last year, only two others have broken since the wind farm was established, Chen said.

“Those two blades came off seven years ago due to weathering. Because the damage occurred during the warranty period, the turbines’ manufacturer quickly replaced them,” Chen said.

Chen said the division had placed an order with the General Electric Co for a new blade some time ago, but a purchase contract was not signed until March because of delays because of Government Procurement Act regulations. The order is scheduled to arrive in Taiwan nearly three months later and the division will install the blade within one week of receiving it, Chen said.