!-- Hotjar Tracking Code for www.pimagazine-asia.com -->
You Are Here: Home » News » Solar microgrid ‘to cut Cambodian island’s diesel use by more than 600,000 litres per year’

Solar microgrid ‘to cut Cambodian island’s diesel use by more than 600,000 litres per year’ 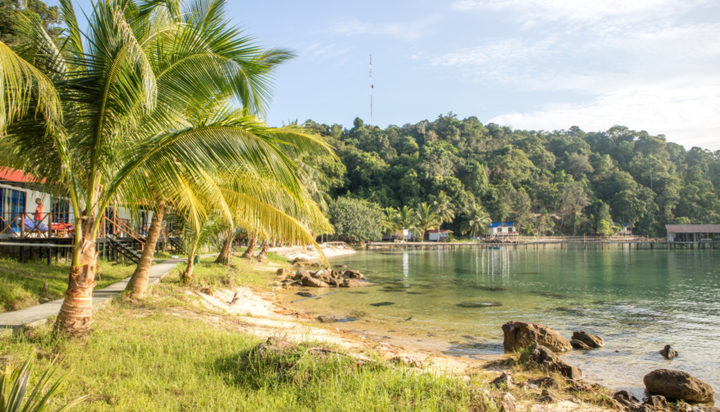 Total Solar Distributed Generation, in partnership with Canopy Power, is building the infrastructure on the remote island of Koh Rong Sanloem

The remote island of Koh Rong Sanloem in Cambodia will soon be powered by a solar-equipped microgrid system.

Total Solar Distributed Generation (DG), in partnership with Canopy Power, is developing and constructing a hybrid microgrid that will be made up of a 1.25MW solar plant, a 2MWh battery energy storage system, diesel generators and a smart controller.

Construction has now begun and the project is expected to be completed in April 2021, at which point it is hoped to provide at least 50% renewable power.

More than 60 hotels, resorts and guest houses are located on the island – they currently rely on their own diesel generator systems and import fuel using canisters.

The new system is expected to reduce noise and air pollution and cut island-wide diesel consumption by more than 600,000 litres per year.

Gavin Adda, CEO of Total Solar Distributed Generation, Asia, said: “Converting an entire island from diesel to solar battery power, in what is the largest project of its kind, is a milestone in our regional portfolio of over 600MW of projects in operation and development.