SEOUL — A cross-border power grid system that would connect South Korea with China, Russia and Japan is expected cost over 7 trillion won (US$6.2 billion) to build, a state-run utility firm said today.

In a feasibility report submitted to parliament, the Korea Electric Power Corp. (KEPCO) said connecting the electricity system between the four nations for the so-called Northeast Asia super grid would cost around 7.2 trillion to 8.6 trillion.

It also estimated 2.4 trillion won to link Vladivostok in the Russian Far East, via North Korea, to the northern part of Gyeonggi Province using land cables, which would cover approximately 1,000km.

To connect with Japan, the report proposed linking Goseong in South Gyeongsang Province with either Kitakyushu or Matsue, both on the northern coasts of Japanese islands, expecting building undersea cables to cost around 1.9 trillion to 3.3 trillion won.

KEPCO has pushed for the pan-Asia energy scheme to secure stable power supply as the government has been shifting its focus from coal and nuclear power to renewable energy, such as solar and wind power.

“The Northeast Asia super grid can resolve concerns over the stable power supply to complement the intermittent energy grid system under the energy transformation policy,” the report said.

The ambitious plan, however, has a long way to go because it needs massive investment to build the infrastructure and the route involving North Korea is not feasible due to heavy international sanctions on Pyongyang.

“Although discussions are vibrant, there are many obstacles in the real world,” the report said. “Though slow, we expect it will eventually be materialised.”

The state power provider has been working on a project to link an electricity grid with China’s State Grid Corporation of China (SGCC), Japan’s SoftBank and Mongolia’s energy development company Newcom. 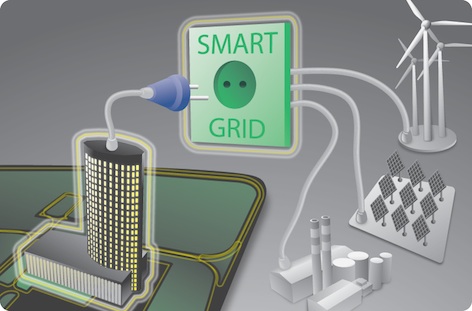