With the global economy set to slump to its lowest output for more than a century, nations can spur a global economic recovery by delivering a renewables-based energy transformation that could boost cumulative global GDP gains by more than $98trn compared to a ‘business-as-usual’ trajectory. 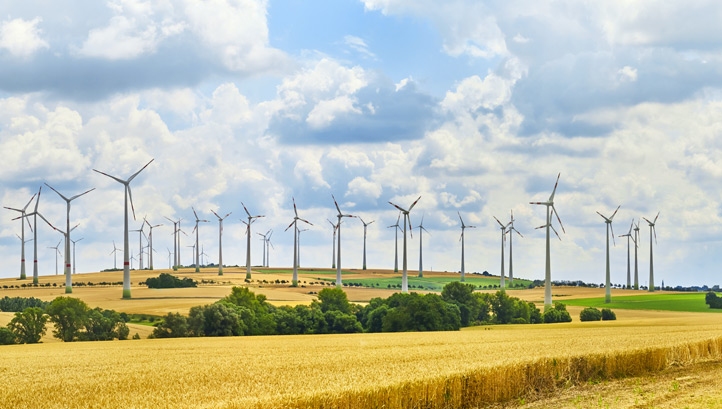 It would also quadruple energy jobs to around 42 million, expand employment in energy efficiency to 21 million and add 15 million in system flexibility

At a time where the coronavirus pandemic looks set to deliver a short-term economic collapse that some are expecting to eclipse any recession of the last 150 years, the report suggests that clean energy can spur a long-term economic recovery.

The report notes that decarbonisation levels required to alleviate the most severe climate impacts will require total energy investments totalling $130trn. However, this spend would be offset by “massive” socio-economic gains. Transforming the energy system to the point where renewables account for 70-80% of energy shares across select continents would deliver $98trn in GDP gains above business-as-usual levels by 2050. It would also quadruple energy jobs to around 42 million, expand employment in energy efficiency to 21 million and add 15 million in system flexibility.

The report notes that savings would reach eight times the overall costs of renewables integration when health and environmental benefits are accounted for. Full carbon-neutrality would require energy investments of up to $130trn, however.

“By accelerating renewables and making the energy transition an integral part of the wider recovery, governments can achieve multiple economic and social objectives in the pursuit of a resilient future that leaves nobody behind.”

IRENA’s Outlook notes that economies would be boosted long-term by aligning short-term recovery efforts with the overarching objectives of the Paris Agreement and the UN Sustainable Development Goals.

According to the report, all regions are expecting to see renewables account for majority shares of the overall energy mix, with Southeast Asia, Latin America, the European Union and Sub-Saharan Africa poised to reach 70-80% by 2050. The electrification of carbon-intensive industries like heat and transport would also rise globally, exceeding 50% in East Asia, North America and much of Europe.

An additional benefit of the renewables transition would be that all regions would see their welfare boosted while net job gains in the energy sector would offset losses in the fossil fuels sector – even as companies in the industry strive to reach their own net-zero commitments.

The renewables transition would enable global carbon emissions to be slashed by 70% by 2050, with further technological advancements explored in order to reach net-zero emissions in the same timeframe. Notably, clean hydrogen and electrification would assist with the decarbonisation of hard-to-abate sectors.

However, the report does note that the global transition would vary from region to region, and that financial support would need to be directed to countries and communities most at risk from climate change.

Developed nations are already struggling to deliver an annual $100bn support package to aid climate actions in developing countries by 2020. Notably, some part of the funding is being delivered as loans that will require payback.