In a display of China’s commitment to ramping up renewable energy resources, the country just finished a 250-acre solar farm in the shape of a panda. The effort is partially a PR campaign as China continues to lead the world in renewable energy investment.

The first phase of the solar power plant was recently completed, adding 50MW (of the total 100MW) to the electricity grid in Datong, China. The panda shaped plant was proposed in May of 2016 by Panda Green Energy’s largest shareholder, China Merchants New Energy. It was quickly approved as a way to build support for sustainable energy development with Chinese youth.

To create the visual effect of darker and lighter solar panels, Panda Green Energy used both darker monocrystalline silicon and lighter thin film cells.  This allowed the energy company to stagger the solar panels in an array that mimics the coloring and shape of a giant panda.

The new solar power plant in Datong will replace burning 1 million tons of coal in the next 25 years as China flexes its ability to make rapid improvements in its energy system. 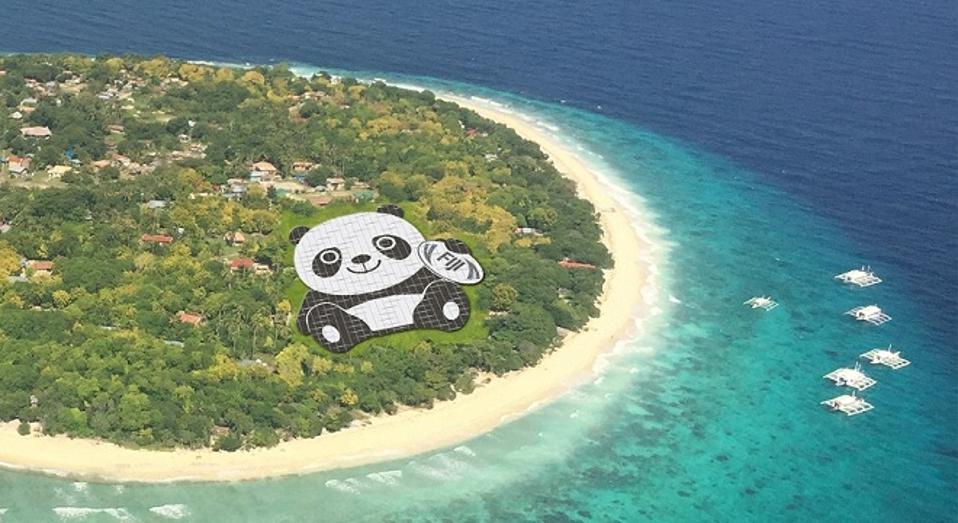 This is part of China’s larger Belt and Road Initiative along the historic Silk Road. This initiative, a foundation of Xi Jingping’s foreign policy, aims to place China as a leader in external policy in Asia. The initiative is underpinned by trillions of dollars of infrastructure investment China intends to build along the historic silk road that connects Asia to Europe. China is anticipated to spend $150 billion per year on the 68 countries that have agreed to the initiative.

This includes aggressive infrastructure investment in road, bridges, power plants, gas pipelines, railways, and ports. In total, the investment is estimated at $5 trillion across the 68 states as China begins to take center stage in the globalization of Asia.

At a time when the United States has faltered in its commitment to future renewable energy growth, there are countries that are taking advantage of the leadership gap. Regardless of what the global energy system looks like in the coming decades, it is imperative for the United States to be front and center in those conversations.

With China adding almost half of the global solar capacity last year, they have made a clear stance in their intent to be a global leader in the energy transition. I doubt I need to expound on the consequences of the United States not stepping up to lead or even be part of the conversation. Regardless of your thoughts on the energy transition, the road will be paved, whether it’s by the United States or foreign states.