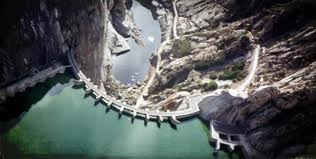 With the China factor looming large, India is belatedly trying to make up for lost time in setting up hydroelectric projects on the Brahmaputra’s Siang Basin in Arunachal Pradesh.

Of the 25 projects totalling over 11,000 MW allotted to developers in Arunachal Pradesh, most of them over the last decade, construction work has not begun on even a single project. On September 10, at a high-level hydro task force meeting, India emphasised the need to ensure that all clearances for these hydro projects are given “utmost priority” in view of their “strategic nature” and specifically mandated that the projects need to be referred to the Cabinet Committee on Infrastructure to avoid continuous delays.

The urgency of the move stems from the realisation that India needs to fast-track building dams on the Brahmaputra to establish its “lower riparian right” and create a strong bargaining position to detract China from building mega hydel projects on the upper reaches of the river.

China, on the other hand, is reportedly constructing a massive project — a 38,000 MW dam at Motuo (Metog in Tibetan) almost on the India border, on the bend of the Yarlung Tsangpo — the Tibetan name for the Brahmaputra.

At last month’s meeting, the Centre specifically instructed the Nabam Tuki government in Arunachal Pradesh to ensure that hydro projects are not stopped midway “due to actions of a few interested groups”, alluding to the alleged pro-China activists in the state who have stepped up agitations against these projects. Most of the projects are held up due to delays in environmental clearance, stuck at the very first stage as public hearings hang fire, precipitated largely by local agitations.

For instance, the 2,700 MW Lower Siang project of Jaiprakash Power Ventures has been held up for the last one year due to “local issues”, according to the power ministry documentation. Stoppage of work on the 2,000 MW Lower Subhansiri project of state-owned NHPC Ltd and “interruptions in holding public hearing meetings” with regard to the Dibang project (3,000 MW) have been specifically cited as cases affected by local disruptions.