The numbers are in, and China seems to have shattered the world record for new wind energy installation in 2020.

That’s based on analysis by the Brussels-based Global Wind Energy Council (GWEC), which estimates the country’s total new installed wind capacity at 52 GW – the most ever installed in a single year anywhere on Earth, and twice what it installed in 2019.

Feng Zhao, the head of market intelligence and strategy at GWEC, says the new installations drastically exceeded expectations, and China now has more wind power capacity than Europe, Africa, the Middle East, and Latin America combined. As much of a milestone as 2020 was, Zhao warned against easing off the pace going forward.

“In order for China to achieve its goal of net zero by 2060, the country needs to be installing over 50 GW of wind power capacity per year from 2021–2025, and 60 GW from 2026 onwards. Although installation levels were on track with these targets in 2020, China now must ensure that this level of growth can be sustained in a subsidy-free era,” Zhao said in a release from GWEC. 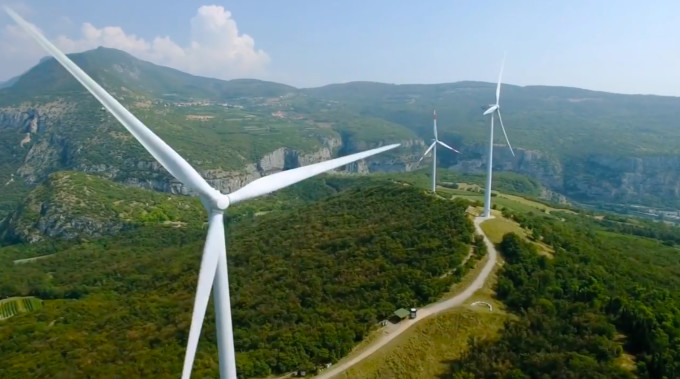 China’s 52 GW of new wind power installation in 2020 was a new world record, and other Asia-Pacific nations hit country-level milestones that year.

China’s new installations made up the lion’s share of the 56 GW installed throughout the Asia-Pacific region, which GWEC says was 78 per cent higher than in 2019. Australia, Japan, Kazakhstan and Sri Lanka all set new records in 2020 as well.

In all, the Asia-Pacific region now has installed wind capacity of 347 GW, which GWEC estimates will prevent around 510 million tonnes of CO2 emissions per year, as much as would be saved by taking 110 million vehicles off the road.

Liming Qiao, head of GWEC Asia, said new wind power markets were emerging in the region, particularly in Southeast Asia, which she would generate jobs and industrial growth over the coming decade.

“This will not only help countries decarbonize, but will help create greater energy security in the region by reducing the import of expensive fossil fuels while creating opportunities for new investment and jobs,” she said.

Outside of Asia-Pacific, 2020 also saw major milestones in renewable energy in Europe.

Aided by the pandemic’s hammer blow to travel and industry, German CO2 emissions fell by a tenth last year, just narrowly bringing them in line with its 2020 goal of a 40 per cent reduction from 1990 levels. And pandemic or no pandemic, Germany’s fossil fuel use continued to decline, and renewable energy now provides a little more than 50 per cent of generation in the country.

Across the European Union as a whole, the rise of renewables continued during the pandemic, edging out fossil fuels for the first time. A report in January of this year found that, though there were variations from country-to-country, the 27-member organization derived 38 per cent of its power from renewable sources in 2020, slightly more than fossil fuels 37 per cent – with no signs that trend would reverse itself.