Amongst the immediate results of the 26th Session of the United Nations (UN) Climate Change Conference (COP26) in Glasgow is a strong commitment by at least 23 nations to phase out coal power. Most importantly, four member countries of ASEAN – Brunei Darussalam, Indonesia, Vietnam and Singapore – are amongst countries that joined this pledge.

The Sultanate, in further enhancing its climate ambition, is moving towards net zero by 2050, and this will be driven mainly through energy transition and forests preservation.

At the COP26 recently, Minister of Development Dato Seri Setia Ir Awang Haji Suhaimi bin Haji Gafar as Co-Chair of the Brunei Darussalam National Council on Climate Change (BNCCC) said that moving towards the goal of net zero by 2050 will not be an easy, but it is necessary.

“We have done this for almost a decade and we will continue to maintain it. This time around, we would be unlocking huge opportunities for green growth and jobs. Our country only contributes about 0.025 per cent of the global greenhouse emissions but we believe with our small actions, we will make a huge positive difference,” the minister said.

At the COP26, Brunei endorsed the ‘Glasgow Leaders’ Declaration on Forests and Land Use’, and ‘The Global Coal to Clean Power Transition Statement’, making new commitments to enhance climate ambition to preserve forests and to accelerate the use of renewable energy.

Historically, coal use in ASEAN is viewed as strategically important due to its competitive cost and available supply within the region. Thus transitioning away from coal is challenging for leaders to contemplate.

However, according to Economic Research Institute for ASEAN and East Asia (ERIA) Senior Energy Economist Han Phoumin in an op-ed sent to the Bulletin, “The strong consensus at COP26 to dramatically decrease our dependence on fossil fuels provides momentum for a more rapid energy transition in the region.” 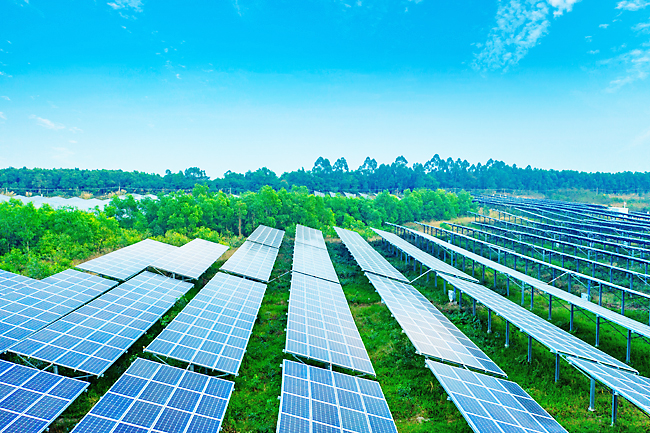 Furthermore, he said world leaders announced a consensus to ‘phase down unabated coal’ and countries have set ambitious targets to reduce emissions to limit the temperature rise to well below two degrees Celsius, preferably to 1.5 degrees of temperature rise above the pre-industrial level.

“At COP26, despite some contradictions on the timeline for net zero emissions and other climate policies, they set forth a path to achieve the climate goals including phasing out coal, ending fossil fuel subsidies, putting a price on carbon, protecting vulnerable communities, and delivering the USD100 billion climate finance commitment. If all these can be translated into real policy actions, it will have enormous impact on trade and employment opportunities,” he added.

Han said that countries and regions that move quickly are positioned to benefit from favourable policies and incentives. “As the saying goes, ‘the early bird catches the worm.’ ASEAN should strive to be an ‘early bird’.”

Until now, he said that Asian economies have benefited from the growth of coal-fired power plants due to financing from China, South Korea and Japan. However, surprisingly, these three developed countries of northeast Asia have turn away from coal and recently announced plans to end overseas coal financing.

In addition, he shared that major banks and financial institutions also made landmark commitments at COP26 to stop funding coal around the world. COP26 partners including Italy, Canada, the United States (US), and Denmark have also signed a United Kingdom (UK)-led joint statement committing to ending international public support for the unabated fossil fuel energy sector’ by the end of 2022 and instead prioritising support for the clean energy transition.

Han said that it is very likely that the outcome of COP26 will influence national policies across the globe towards becoming low carbon societies to limit global warming to below two degrees Celsius. “For example, Europe’s Carbon Border Adjustment Mechanism (CBAM) on imported products will likely to be imposed on all products entering the region, including from Asia. This means that all future imports of products and services to Europe will be assessed by the Life Cycle Assessment (LCA) method to evaluate their carbon impact. If the CBAM is implemented strictly, it will have huge implications for the future export of products and services produced in ASEAN member countries where carbon intensity is still relatively high.”

Han further highlighted that, undoubtedly, the race to net zero emission has begun, posing an extreme challenge for many countries that have high dependency on fossil fuels, especially for many developing countries around the world and ASEAN in particular.

“The COP26 outcomes therefore pose a risk for ASEAN member countries with high carbon intensity. These countries should envisage policy changes to offset the risk, including assessment of unintended consequences. One of the chief issues will be the impact on energy affordability,” Han said. “Will ASEAN leaders dare to guarantee energy affordability if fossil fuels and coal are reduced drastically? Will alternative energy be affordable? Who will finance the energy transition as many clean technologies remain expensive or technologies that are expected to abate emissions are yet to be commercialised ordeveloped?”

There is doubt that countries that are able to decarbonise not only help protect the environment, but also enhance opportunities for future economic growth as many policies will offer incentives to do so, Han highlighted.

He added, however, that it is important to understand changes in carbon competitiveness relative to countries or regions that may compete in the export market. “This knowledge will be the starting point for considering necessary actions to strengthen the economic competitiveness of the ASEAN region even in the low-carbonised world of the future.”

Han said that decarbonisation will require policies for renewable energy, the deployment of clean energy such as hydrogen along with other carbon-offset mechanisms such as energy efficiency and carbon credits, and the deployment of carbon sink technology such carbon capture, usage and storage (CCUS).

“We know that ASEAN is rich in solar photovoltaic (PV) resources and hydropower.

However, only a few countries have offshore wind and geothermal resources. If the ASEAN electricity market gradually shifts to an integrated electricity market, hydropower resources from the Mekong subregion could function as the baseload power and complement solar and wind energy. In the absence of thermal power plants, the region needs to develop sufficient electrical battery storage as a backup during shortages of sunshine and wind power.”

In providing the roadmap for decarbonisation in the ASEAN region, ERIA research found that the marginal CO2 abatement cost exceeds USD900 per tonnes of CO2 in net zero emission target by 2050, implying big economic challenges for carbon neutrality in this region.

Thus, ensuring success for energy transition, Han said that ASEAN needs to be bold and carefully craft the energy policy roadmap that can ensure growth, sustainability, accessibility, and affordability.

“Rich countries should deliver on their COP26 commitment for USD100 billion a year to support the energy transition in less developed countries. And ASEAN member countries should put those funds to work,” he added.